These are some of my first impressions as I move forward in reading the AB.

As I pointed out in one of my first publications, it is nice to see that the content of the book and the philosophy that accompanies it, are quite different from other forms of vampirism that I have come to know.

I like the elitist attitude (not because of pose or theatricality to give importance), but as a logical consequence of the way of living a worldview that is not for everyone.

Many of the conclusions that I had reached through my personal experience over the years have been validated in many of the contents of the text, others of course not, and in those others, I have seen my points of view expanded. New possibilities and lines of research that have opened before my eyes.

Specifically, regarding the types of energy (I am a Reiki practitioner), many of my impressions have found confirmation in the AB.

I have also been able to verify that, despite the fact that the forum is a little lethargic, I have found kind and dedicated people who have turned to help and guide the new member that I am.

As I told one of the members with whom I have contacted, it is soon to affirm anything, but I like to believe that I have finally found my site, something that only over the years can confirm.

Little by little I will be acquiring all the books of Luis Marques, since its content deserves all my attention.

It is very nice to see that you have been appreciating the contents of the book and the forum. I see an honest way of searching, analyzing, studying. I hope you find what you are looking for. Not always an easy Journey, but a worthy one.

Well, I've taken several surprises. The first of these has been to verify that the prose of Luis Marques has been easier for me to read in English than I thought. The second has been the sense that for me they have acquired many of the things that have happened to me throughout my life.

My existence has been marked by curiosity and the insatiable search for knowledge, this has led me to encounters and experiences of all kinds, many of them negative is true, but it is the mistakes of what is learned, difficulties and mistakes they make us grow.


The reading of the AB has helped me to realize that the choices I have been making in my life have brought me here. Until now my search had been irregular and hazardous, three decades give time to know many things. What I thought was the result of a capricious or casual choice, now has a hidden pattern, a logical sense that I have often failed to interpret, although I do intuit.

In my trip I have gone through many places and have met people of all kinds. I was living in communes, in a Zen monastery, participating in religious groups and occult lodges, in bands of bikers and practicing martial arts. I habitually meditate, practice Reiki, and some forms of magic, ceremonial, traditional witchcraft, and practices related to the LHP.

Suddenly all this makes sense. In some of these sites I learned things to be avoided, destructive behaviors that only wither our energy and degrade our nature. In others, on the contrary, I found examples to follow and dynamics of metaphysical growth very useful for the manipulation of energies.

All this has provided me with equipment that will be very useful in my current work with Aset ka.

Despite this, I am aware that I am only standing at the door. It depends on my embarking on this trip, it's as if someone told me:

See, for this we prepare, are you ready to move forward ...?

Now I have no excuse, if I have truly found my site, and really start to believe that it is, I have to be constant. Now there is a goal, an address, a destination.

I have surprised myself by defending the violet light before others as if I were part of my family, without violence and without binding myself to the result, but with vehemence, as it defends itself from the slander of someone you know is genuine and authentic.

To finalize one last reflection.

Although everything that surrounds the order of Aset Ka was false, I would give the same. The force that surrounds his words and those who follow the violet light is genuine enough for me.

Interesting thoughts and relating of your experiences and journey. Thank you for sharing. It is good to see such enthusiasm, so to say. There is a lot to learn in many places and I can relate to it from my own life and journey, both the positive and negative.

The chapter dedicated to the types of energy in the AB has been very interesting. As a human being, I have always felt very comfortable when there are storms or rain, I feel that I "recharge" energetically. Besides that, I like to meditate at the moment of sunrise and sunset, just at the moments when day and night make their way to each other. What is your favorite time for this? 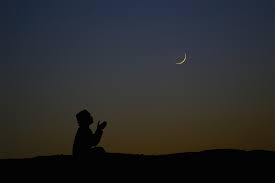 Noctis wrote:The chapter dedicated to the types of energy in the AB has been very interesting. As a human being, I have always felt very comfortable when there are storms or rain, I feel that I "recharge" energetically. Besides that, I like to meditate at the moment of sunrise and sunset, just at the moments when day and night make their way to each other. What is your favorite time for this?

Mixed times, but foremost during storms. Although I am at a music festival at the moment, and the evenings within the crowd, surrounded by dancing figures and throbbing music, are definitely significantly refreshing and replenishing, even if it takes filtering to benefit from it.

Thanks for sharing your experiences, Noctis. That is a lovely photo as well.

The energy from storms as well as sunset/sunrise are quite precious. Certainly, they possess intense energies and provide quite sacred opportunities for deep meditation. I always feel disappointed when I miss a good storm.