I have noticed there is more discussion lately on the internet that mentions the Anunnaki and I assume it was because of the program of George Noory and coasttocoastam.  But there is rarely any mention of Laurence Gardner.  I know he had special access to all the king and queen bloodlines of Europe.  This should have given him special connections with the Vatican and their group.  I do not remember ever seeing any mention by him of the Aset Ka or the Red Order of Seth.  You would think that his knowledge of these bloodlines would give him direct connection or knowledge of these two groups.

Does anyone ever remember seeing mention of these groups by him at any time or in any of his material?

I don't recall such. I do listen to him sometimes when I am bored at work. He has a fun show-- full of weirdness and entertainment.

But the only time I remember the name of Gardner coming up was on the Gerald Clark section.

I realize that L Gardner is considered out in left field somewhat, but with all of the research he lists there has to be some fire where the smoke comes from.  It got me thinking about any connection that if anyone can remember I would like to research the background.  There were other people in the same field that are experts other than Z Sitchen, who I discount completely.  They do mention the Anunnaki in their research and they have a legitimate  background in reading the ancient texts.  So the anunnaki were real and the texts are there.....but some of the info does not match due to the far out translations of Sitchen.  He ruined the subject for the world in my opinion. E A Burge I put almost in the same category.

Now I am wondering just how far out L Gardner was due to some background rumors I have seen that go beyond the regular Alternative History title.

Oh yes, lol, I do work nights-- by myself, fortunately.

Sorry that I am of no help though, as I've never heard of this guy.

Some of his research connects Atenism with Judaism....hehe....

He died in 2010 and his final book I just ordered is
Revelation of the Devil.  From the subject statements on each chapter it looks very interesting.....especially for an ole Devil like Uncle Fester.........

After a (really) quick search on the Anunnaki, it says they were an underworld group of demons or something under the sky god Anu. Anu is a very prevalent deity in Celtic folklore, and is the mother of the Tuatha de Danna (faeries). Interesting connections, because there are many parallels between the gods of many pantheons and what the Celts called Elves or Faeries.

P.S I love when you post Maxx, it gets me thinking more often than not

Also, some internet sources say the 'commander' of the Anunnaki was Ishtar, a Babylonian goddess who has very similar traits to Isis.
If you look at it from a certain perspective, one could draw connections between the Anunnaki and Asetians. Whether these are simple coincidence or something deeper I do not know.

It is not me posting.....I am possessed. Uncle Fester and Rodney Dangerfield are constantly in and out.....something like ...........Enki and Enlil.

Anu is said to be the father of both Enki and Enlil .... the half brothers that they say still hate each other because of the bad blood between them.... 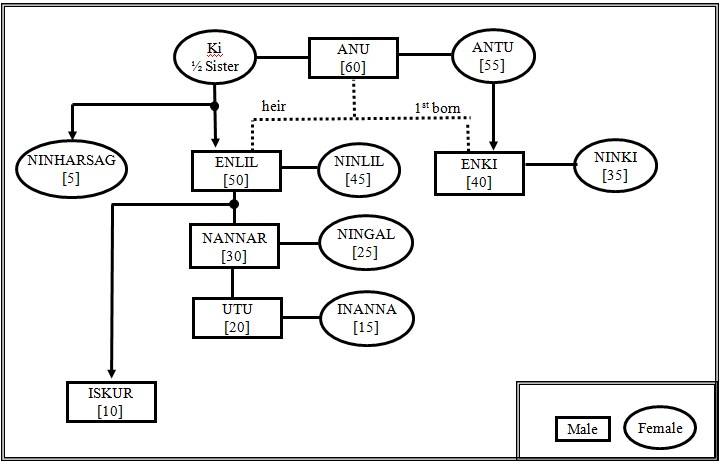 I just read some more about the Anunnaki and apparantly they were represented as 'scorpio demons' in the story of Gilgamesh. In this particular story, and a few others there were 7 Anunnaki...
7 scorpion demons.... hmm

While we are on the topic of aliens, here is an interesting photo of a particular crop circle

Don't think it uploaded, sorry all for the spam 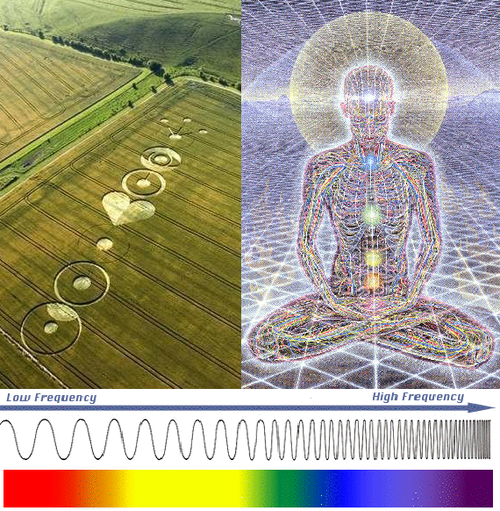 and the book says that Jesus Ben Joseph cast out 7 demons from Mary M......looks like he got all her Shens open and clear......written in code, don't you think?

On second thought, the Annunaki definitely represent the Sethian side of things. It is said that they are the ones behind the new world order.

If you read between some of the tinfoil-hat lines, this site has some good stuff. http://www.bibliotecapleyades.net/sumer_anunnaki/anunnaki/anu_19.htm

About your previous post Maxx, it could mean one of two things:
1. The demons are blockages in the shen centers
2. The demons are the centers themselves, and by removing them Mary M might have been posessed, or worse

the 3rd is more likely.....that the religious leaders declared the problem within Mary M was one caused by their creation beings, the Devils....to create an excuse for any problem which they could control by passing on responsibility to blame that being which would be against their teaching...enter the control factor....where all the while all she needed was opening and the un blocking of all her shens which then enabled her to view and contact the multi universe or spirit world and actually see the truth........the example being what we were looking at with having the pineal gland open up.......being able to see into other realms and learn the truth of things....

This is an illustration of piling on all those evil devil possession stories which only gives religion credence by showing two sides....and blaming something that does not operate like those stories.  The writings of the Bible have been written and written over many times to make control by the priests paramount.

That is certainly food for thought, on a similar note I have noticed a recent uprising in movies which feature a ghost or demon as the main antagonist :p.

I would think the real story is one where there are spirits one step up from us that have the same overall personalities that we have while we are here. some cause trouble while others try to help. All the more reason to have seven demons cast out of you to see what is really going on......smiling.

Maxx wrote:I have noticed there is more discussion lately on the internet that mentions the Anunnaki and I assume it was because of the program of George Noory and coasttocoastam.  But there is rarely any mention of Laurence Gardner.  I know he had special access to all the king and queen bloodlines of Europe.  This should have given him special connections with the Vatican and their group.  I do not remember ever seeing any mention by him of the Aset Ka or the Red Order of Seth.  You would think that his knowledge of these bloodlines would give him direct connection or knowledge of these two groups.

Does anyone ever remember seeing mention of these groups by him at any time or in any of his material?

special acces doesnt immediately mean that you get acces to the truth... its more how deep are you willing to travel and about where your soul stands in the sceme off things...

and my impression is also that even though one can study aset ka and the red order of seth as much as they want, somethings will always remain a secret....

so maybe he knows maybe he doesnt. all i know is that the name gardner has been popping up a lot these days....

Please see my post in Kalb's section about Nimrod.  I am finding that so many of the books coming out now are for making money only and hang the facts.  I am beginning to wonder how many of these books are based on the popular material that Sitchin used from his fake writing and therefore the entire subject is incorrect.  All kinds of Nibiru, Anunnaki, Gods, UFO material coming out connected with Z. Sitchin is all trumped up to sell books. L. Gardner material may have used some of this Sitchin material. Gardner began writing not long ago and was a broker in the financial field which he retired from, so some of his stuff falls in this category. Eric Daniken falls into this bunch with some of his material......

im not very well versed in sumerian texts but i do dare to state that sitchins work isnt legit..

also,i do have some first hand iranian knowledge... and it was put to me with great care that the winged solar disk is and was the most important 'thing' ....

maybe meditating on an image of it can be of help.

also, and that just came to mind... twin states and something about jealousy....

"P.S I love when you post Maxx, it gets me thinking more often than not "    Yes, thinking "I wish he would stop posting all that stuff and shut the hell up" LOL.


I have to say I am really surprised with this book written by Laurence Gardner.   The Revelation of the Devil has some fantastic research listed in it.  I find it well worth buying and it lays out details and fine tunes all this c__p you see speaking about Satan.....It goes along and says even more than Victor in his post from another subject area that discounts completely the being called Satan.  Natas is a fabricated being created by the groups to create fear and to obtain control....but one really needs to discover that for oneself.

Those Hebrew priests really reached back in time and took many stories of different cultures to come up with their present day rainbow story, didn't they?