Ankhing
Rather interesting article about how to control the sacred, sexual energy from getting lost.

I can not see any links here ... Im truly sorry.

Now this book is about the subject, however also like all other books on sexuality has a lot of similarities 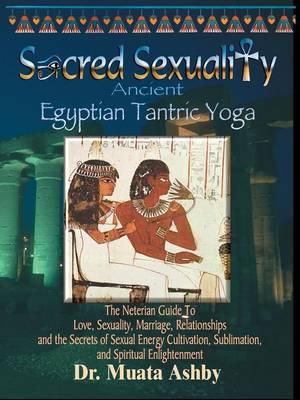 And if you like the subject here is the link

Sorry .. seems I posted 2 pictures instead of the book .. but here you go :

Iren Tollefsen...... "Now if you are so unbiased .. how come this seemingly always happens in the forum that you guys also run ?? Im a fan of Luis Marques works and respect him, ....(However I also do respect Michelle Belanger and Merticus Stevens and many other elders in the VCN community) ... I am however No fan of your so called "elitism" that goes on in these groups and sites ... judgement of every other path out there ( + / - ). Lies is what i call this ... cause thats exactly what it is, when you say your open to other paths and discussions and beliefs and then when people open up to their convictions, you stomp on them ... I believe that you are also the once that go around bashing every single elder in this community on that so called site forum... and Here you come to advertise for the group in a group where many of you have actually acted like ass wholes to the admins of this group ?? 0_o , Now luis marques says something really important, He does not want blind followers... and here you are trying to add the people you acted like ass wholes against. Let just say This is contradicting and confusing to me."


Irene, I know, I know. Life really is confusing sometimes. I understand.  We hope you are feeling better.  And BTW, that picture you made and posted there of my quote with your friend Heruset, I stated that I was a nobody and a simpleton, so you might need to repost a more "elite" person than myself using a quote, my dear. One cannot get any lower than myself so referring to me as an "elite" there is such a big and confusing issue to everyone and just is not correct. I am a nobody.

and Divine, you have no need to jump any other person.
If you only open your eyes you can see that sweet lady is not "bashing" as you call it.  Why are you jumping her for something you get upset with something I seem to have done using my post to jump on her?  She is a nice person.  I am not. You need to address your issue directly.   It appears you have great respect for M B and M S.  Do you respect plagiarism so much or do you seem to make an attempt to kiss their ring in public on the VCN for some purpose?  That is like respecting a serial thief because they are of the human race.  Respecting Luis Marques is one thing but respecting those that plagiarise his works as well shows an unbalanced mental state.  And do please attack the real problem and not such a sweet person as she is.

Now you guys lost me.

Who the hell is Iren Tollefsen? The quoted text sounds like a mad dog...

Oh that explains it. LOL

Do not be surprised, Jonathan. This is one of many pseudonyms and personalities she has.

I have been watching this whole thing and let me tell you... it certainly gives me interesting insight into the nature of others.

I say, ignore the ignorant. The only response they deserve is silence.

Actually, she seems to have lost touch with reality. The show she is putting on in that other community appears to be getting wilder and wilder by the minute. She may need to re-evaluate as something is certainly out of whack. Her rants certainly reveal something is wrong.

Threatening to eliminate someone and then have their body disappear by having a friend that works in a cremation facility do it is beyond luna...cy.

Someone send her a link to that movie..."Anger Management". Those actions are becoming more and more comical.

Now she has threatened to kill me and the others within two years time before she dies. And I am not even on that forum. Cheez, Now I know I am getting an attack Chihuahua dog for protection.

Maxx wrote:Threatening to eliminate someone and then have their body disappear by having a friend that works in a cremation facility do it is beyond luna...cy.

Someone send her a link to that movie..."Anger Management".   Those actions are becoming more and more comical.

She is harmless. Pay no attention to Divine/Iren, not even a child would be scared of her. She's the type that talks too much but does nothing.

Jonathan....do you actually believe I think she can be associated with fear? lol. No way. She is completely harmless.

Maxx, I would keep your chihuahua guard dog close to you just in case. Your work on Earth is not yet finished.