Those are very good news. Makes me happy to hear that it's going so well and has earned the confidence of many talented occultists. The current moves mountains that's for sure. It never ceases to amaze me how far it has reached into the far corners of the world and how much it thrives in our days and era. Truly inspiring.

I imagine that with success you also get your fair share of trolls? lol

Not that many, actually... rarely... I don't think they dare to set foot in there as much as here. The word "vampire" seems to hold more allure.

It does see some trolls from time to time but fortunately that's a lot rarer nowadays.

Props to the administration for keeping a healthy and balanced community over there then. That's really hard to maintain in this day and age with all the loonies circling about.

Also I believe many would be too scared of bothering the likes of Nadia and Loryen. Rightfully so! lol

Rhea Kaye wrote:It would be awesome if you joined, Jonathan. It's a great place that does see some very good discussions on a regular basis.

Yes, everyone seems to speak very highly of the place. Wish I had more time for realtime discussions such as a private Discord server. That is probably the future you know. Forums have been dying out for years and even though this one remains extremely popular the truth is that the era of web forums is long gone and it will eventually die out. It’s places such as the private Discord servers as well as groups like The Secret Flame on Facebook that will carry on the torches to illuminate younger seekers and the following generations. In fairness The Secret Flame group has surpassed us in popularity and content a long time ago and I don’t doubt it will be reaching its 20.000 people strong in no time at this level of growth. Quite impressive! It's amazing how much the various and differently managed sub-communities of Asetianism have flourished.

Whoa I logged in to Discord to post this beautiful insight I had at my yoga meditation. I received this amethyst crystal after the yoga. It's shaped like a an amethyst tear drop. I had reached into a drawer of crystals, and this was the one that felt right.

I was blocked though

. I had never even posted anything to my knowledge? That sucks.. I made a Discord just for the Aset Ka Discord Group, and they blocked me. What do I do now? 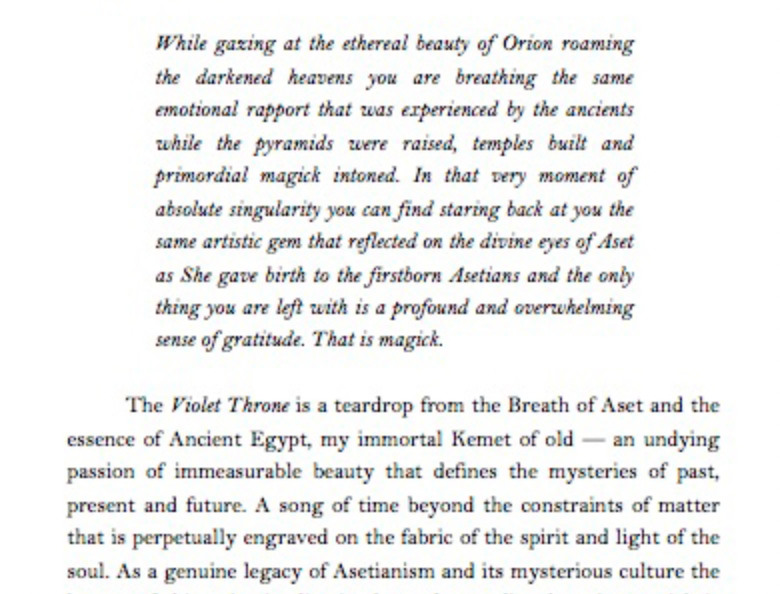 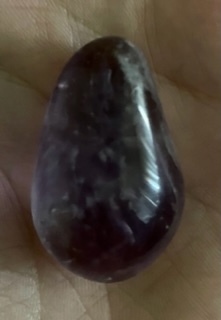 I can only imagine that you either misbehaved or got confused by one of the regular trolls. Their server has been quite a success so I hear they get the usual kind of beings found online and they are strict in maintaining the quality of discussions and audience. However I can't check this out for you since I am not on Discord.

To be completely fair, your participation here hasn't been exactly exemplar either given your insistence in topics such as aliens, alien DNA and governments hiding alien plans, which is the type of delusions and conspiracy theories that we frequently discard here. This is a forum about magick, occultism and vampirism, which is dealt in a very serious and oftentimes scholarly way. As I suggested to you before in another post, the whole nonsense about aliens and atlantis doesn't suit the seriousness of this community and will be better off explored in the many new age groups and communities available elsewhere.

For clarification, she was banned for harassing and ignorant behavior. Posting random screenshots of totally random messages from the server here in the forum along with insults toward the members of the community on discord. She joined the server to troll, didn’t speak but immediately got busy with posting the most random stuff from the server here so she could insult us. Also the utterly moronic username was just the cherry on top.

That server, as many already know, is visited by some very high level occultists. People who visit it with the sole purpose of being disruptive are definitely not welcomed.
I would advise these parasitic people to find something else to do with their time. They seem quite desperate for attention from any member of this community for some weird reason, but who the hell has time for this childish stuff anymore.

Well I guess that explains it. Thank you for the clarification Rhea.

People do seem to be quite obsessed with this community and seeking its attention, everywhere in its many available platforms. It has been this way for like what, two to three decades now if not longer?

This is a path of wisdom and true magick. It requires great dedication and personal effort to unlock its keys. Fiction really shouldn't be mixed with the type of work we do in here, otherwise it may very well lead initiates and devotees astray. I see that many people oftentimes don't realize how dangerous the Violet Path truly is until it is too late...

That is quite true. Nothing beats watching it all unfold, that’s definitely always a powerful reminder.
Some things really don’t mix with this path. Conspiracy theories and the instability that comes along with the paranoia it breeds are really dangerous mixed with this as well.

As a side note, I hope everyone enjoyed their solstice! Such powerful energies this time of the year.

Jonathan wrote:
People do seem to be quite obsessed with this community and seeking its attention, everywhere in its many available platforms. It has been this way for like what, two to three decades now if not longer?

Jonathan wrote:
People do seem to be quite obsessed with this community and seeking its attention, everywhere in its many available platforms. It has been this way for like what, two to three decades now if not longer?

Well for sure but only speaking of the last few decades where we have direct and personal insight into.

Is there still available Sarah’?

I don’t know, I recommend discussing it with a community leader since you and I both know why you are no longer in there, at this present time.

No answer from Nadia, Dana, James, or Sevtor !

Similar topics
» what exactly is asetianism?
» The Art Of Asetianism.
» Requirements for invitation to the Aset Ka.
» Asetianism
» Defining Asetianism