Seti’s campaigns to the south of these territories were a resounding success, unmatched since the times of Tuthmosis III and Amenhotep II, but he did not dare to go further north for the advance of Hittite Upon ascending the throne, Seti I was already a family man, and his lifelong wife, Tuya, was not promoted to the rank of Great Royal Wife until his death.
It has been assumed that Seti I was the husband of Tanedjemet, a queen from the beginning of the dynasty, whose parentage is unknown, but that she was probably the daughter of Horemheb and the link between the 18th and 19th dynasties, which she gave legitimacy to the reign of the new dynasty and which explains why his wife, Yours, was not promoted to Great Royal Wife until her death.

Horemheb, Ramses I and Seti I had to pacify and reorder Egypt, being another of their conquests to dominate the powerful priests of Amun, who after the end of Akhenaten‘s revolution had returned to be too powerful.
One success in this silent battle was preventing the sons from inheriting the office. At the same time, the cult of the other traditional gods was strengthened (prohibiting, of course, mentioning the god Aten ), especially the god Seth. It was precisely under Seti I that the real persecution towards the memory of Akhenaten began, and his unfinished capital, Akhetaten, began to be demolished.
The Nineteenth Dynasty was born as a true family of warrior kings, of a clear military origin. The successor of Seti I, the future Ramses II would not be an exception, and it was due to the immense fame that this pharaoh acquired that the memory of Seti I has come to us, undeservedly, somewhat diminished.
Seti I’s mummy, one of the best preserved, was found in 1881 in the cache of Deir el-Bahari and stored since in Cairo Museum. Studies on the mummy do not shed light on the reasons for his early death, although it is believed that he suffered from a vascular disease that caused his heart to malfunction.

You should credit your source.

A real Sethian never reveals his source , is in his blood !

A Sethian, huh? Might just reveal the source for you then. Here it is: https://historicaleve.com/pharaoh-seti-i/

That was very simple, now wasn't it?

Sevtor Holt , I like that I manipulate an asetian, at least you do it yourself

Seems your manipulations consist in being a general troll. Your main tactic consists in making us laugh so hard we fall off our chairs.

“ The incomplete stela was made during the reign of Ramesses II of the 19th Dynasty; this pharaoh appears in the lunette while offering wine jars to Seth, whose name was erased when this deity was demonised in later times. Behind the pharaoh stands an official named Seti, the author of the stela.

The inscription on the lower register says that Seti, son of Paramessu and Tia, came to worship Seth and commemorate this event by issuing the granite stela; curiously, and with the approval of Ramesses II, Seti dated the stela to the “Year 400, fourth day of the fourth month of the Season of the Inundation” of a pharaoh named Aapehtiseth Nubti (“Great is the strength of Seth, he of Ombos”):” 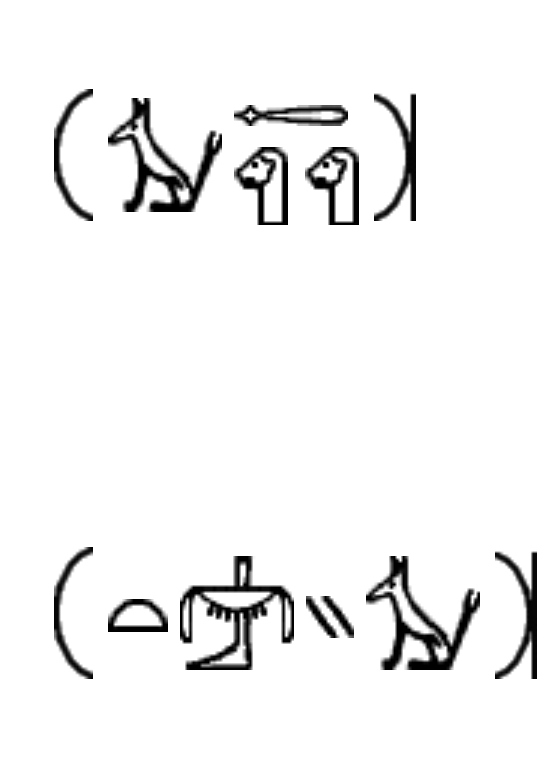 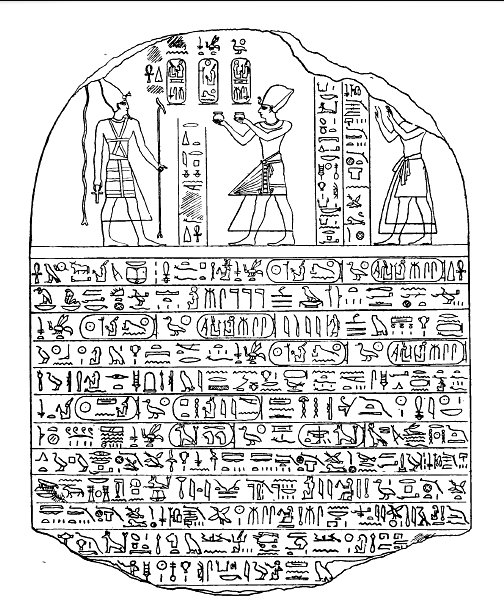 Going 400 years back before the period suggested by the stela (most likely when Seti was an official under king Horemheb), gives a datation of the celebrated event of around 1730–1720 BCE.”

Looking back at who ruled Egypt around the reference period we can find Setian influences yet again including the Pharoah Khendjer:


“The name Khendjer is poorly attested in Egyptian. Khendjer "has been interpreted as a foreign name hnzr and equated with the Semitic personal name h(n)zr, [for] "boar" according to the Danish Egyptologist Kim Ryholt. He notes that this identification is confirmed by the fact that the name h(n)zr is written as hzr in a variant spelling of this king's name on a seal from this king's reign. Ryholt states that the word 'boar' is attested as huzīru in Akkadian, hinzīr in Arabic, hazīrā in Aramaic, hazīr in Hebrew (the name is attested as hēzīr in I Chron. 24:15, Neh. 10:20) hu-zi-ri in the Nuzi texts, hnzr in Ugarit, and perhaps hi-zi-ri in Amorite. Khendjer was, therefore, the earliest known Semitic king of a native Egyptian dynasty.


Khendjer's prenomen or throne name, Userkare, translates as "The Soul of Re is Powerful." Khendjer may have had a second prenomen at his coronation: 'Nimaatre' which translates as 'The one who belongs to Maat is Re.'
”

so Ra for real take Seth on this boat?